The Magpie Wants Too Much – Annalee Newitz: Autonomous

There are two recurring topics in SF novels I read this year: colonization of the Moon and the state of the world in the 2140s. The former had exciting entries like the first and second novels of Ian McDonald’s Luna-trilogy or Artemis by Andy Weir, while the latter was explored by Kim Stanley Robinson from an ecological-political perspective in his monumental work New York 2140; and most recently - from another point of view - in Autonomous, the debut novel by io9-founder and Ars Technica editor Annalee Newitz.

I had high hopes for this one, because the premise was really interesting, set in a postnational world ruled by patent-protecting international organisations and multinational drug companies. The main character is Judith Chen, aka Jack, a middle-aged drug pirate and onetime patent-rebel who runs a reverse-engineering, drug-smuggling business while driving a badass submarine. Shit hits the fan when consumers of her reverse-engineered performance-enhancing drug (stolen from a big pharma company) starts to show the signs of dangerous addiction. Jack is determined to make up for her mistake and to help bring down the company which had patented the dangerous drug. In the meantime, a young military robot, Paladin, and his human partner, Eliasz are commissioned to hunt down Jack and his loose gang of pirates.

Sounds good? Yeah. Still… I think my hopes were too high. It’s true that Newitz’s vision of the somewhat dystopian state of the world in 2144 is kind of intriguing and on every page there is some fascinating gadget, invention, etc. I also liked Jack and her backstory about the failed patent-revolution thirty years ago. But I felt that this novel have too much on its plate and Newitz cannot really find the focus. The plot becomes a bit dull in the middle of the novel and there is no real tension at the end. The whole reverse-engineered-drug-gone-wrong theme got resolved way too early and I felt we left Jack’s story unfinished.

The novel concerns the free will of the robots, and also introduces a modern form of human slavery in connection with this, but I think that this topic mostly remained unexplored. Among the vast number of characters, we have a human slave, an autonomous biobot (who looks like a human) and Paladin, who looks like a robot, and at one point becomes autonomous for the sake of the mission. Newitz uses the Paladin-Eliasz storyline mostly to talk about gender identity - and I will be a bit spoilery here. In this postmodern-posthuman love story we got a guy who’s got a thing for robots, and a robot whose gender identity is unclear. Everyone assumes that Paladin is a male as default, but at some point he decides that he really is a she. The sudden change of pronouns have some really interesting implications, but that’s just it: I can’t say that it was groundbreaking or really interesting in any ways. (More on the problematic side of this relationship is explained in this Goodreads review, with which I mostly agree. Also end of spoilers.)

And what about other parts of the world? Is everyone working in biotech or the drug industry as it seems like? How does these new post-national entities work? We learn about a Mars colony in a sentence than got absolutely nothing about it. I was interested in so much more about this world than what the story presents. So I am a bit disappointed with this story as a whole: it felt a like if Newitz tossed many elements into the blender and walked away. The novel has interesting sections, characters, environments and ideas, but these do not fit comfortably together. A Hungarian proverb perfectly covers my feelings. “Sokat akar a szarka, de nem bírja a farka” - which roughly translates as: “The magpie wants too much, but her tail is unable to carry it.” That summarizes my experience with Autonomous perfectly.
Labels: Annalee Newitz Autonomous english review sci-fi 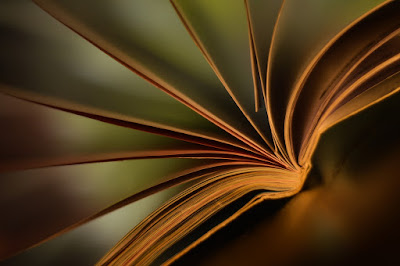