The Secret Came First – An Interview with Dave Hutchinson

The first installment of Dave Hutchinson's Fractured Europe Sequence, Europe in Autumn will be published soon in Hungary. Years ago I read that one and the two sequels, and now I wanted to know what Mr. Hutchinson think about the future of Europe, and how he came to create a spy, who is in fact a chef.

Europe in Autumn was published only three years ago, but the near-future you imagined with a fractured Europe could be the present soon. Independence movements are booming, Brexit in talks… Do you think the world you created for the books can become reality?

It’s been kind of horrifying to watch world events over the past few years – I started writing Autumn sometime in the very late 1990s and back then the idea of a fractured Europe really was a thing of fiction, although independence movements and micronations are nothing new. Now, it seems a lot more plausible. I’d like to say that I hope the world of the books doesn’t come about; I’m a big fan of the EU ideal and of Schengen. On the other hand, Rudi’s world has always seemed to me to be vibrant and full of possibility. I’ve heard it described as a dystopia, but I don’t think it is – certainly it wasn’t intended that way. I think it would be a very interesting place to live. Whether it will actually happen, I don’t think anyone can predict that. We seem to have gone from the old black-and-white certainties of the Cold War to something a lot more uncertain and fluid, with only a very brief period of hope between them.

According to your blog posts, I gather that you personally are not a supporter of Brexit.

No, I’m really not. The whole thing seems to me to be an act of collective madness, and it’s going to poison politics and public discourse in this country for a very long time. I think we have much more to lose from leaving the EU than we have to gain, and it seems to me that it’s happening more for ideological reasons than out of any clear-eyed motive. I think it will leave us smaller and poorer and more isolated. The fact that the process is being handled with breathtaking ineptitude doesn’t improve my feelings about it. If we have to leave, it would be nice to think that the people in charge of it have some idea what they’re doing, and I really don’t get that impression at all.

At its heart, Europe in Autumn is a spy novel, but with a surprising twist at the end. Which thought came first? The fractured Europe, or the secret Rudi discovers at the end?

The secret came first. It was a short story I wrote many years ago. When I was putting Autumn together it was all going very well but I realised that it needed something, a Big Secret, some sort of point to everything, otherwise it would just have been about Rudi plodding along from one Situation to another and battling a Faceless Conspiracy. Which I suppose would have been all right, but it would have been a bit dull. So I pasted this short story into the novel, and all of a sudden all sorts of possibilities opened up. Writing’s nice like that sometimes; you stick two completely unrelated things together and the story takes off in a completely unexpected direction.

What is the most frightening thing for you about the Europe you imagined?

The borders. All the borders. As I said, I’m a big fan of Schengen, the idea of free movement. It seems such a fundamentally civilised way to live that I’m surprised there are people opposed to it. On the other hand, borders are in the nature of Europe. They’ve been appearing and disappearing and moving back and forth for centuries, and they’re coming back now. It may be that Schengen was just an historical blip, an idealistic dream that couldn’t last. That would make me sad. 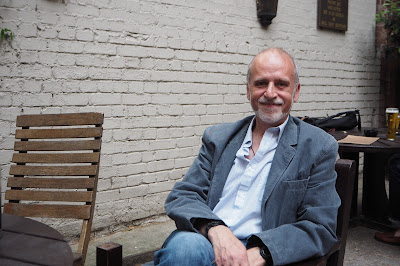 Where would you put Rudi, as a spy, on a James Bond-George Smiley spectrum?

Rudi doesn’t think of himself as a spy, he thinks of himself as a chef who uses the tools of espionage – he actually has quite a low opinion of most spies. People in the books say to him, “You’re doing espionage,” and he thinks, “Oh, maybe I am. Dammit.” Having said that, I think Rudi would put himself more towards the George Smiley end of the spectrum, although nowhere near as smart. Maybe a Jim Prideaux or a Peter Guillam, a fieldman. But really he just wants people to leave him alone and let him cook.

You did not plan to write a trilogy, and now you are writing the fourth book in the sequence. How that happened?

Yes, it has all got a bit out of hand. What happened is that I was working on Autumn for a very long time, about thirteen years. I was writing little bits and putting it away and doing something else, and then taking it out again months later and writing some more little bits. When it was finally published there were a lot of bits left over that I didn’t really know what to do with. There was one almost-finished chapter set in Dresden that I found in a folder and couldn’t remember having written. I also had a sense of unfinished business, that there were still things to do with the world of the book – most glaringly, the Secret at the end of Autumn and its implications for Europe aren’t really examined. So that was how Europe at Midnight came to be written. And once that was done it just made sense to make it a trilogy, so along came Europe in Winter. And I was perfectly happy with that for a while, until it occurred to me that the Europe books are very Northern; there’s almost no mention of the South and the refugee crisis and the hardened borders which are going up in response to that, and I wanted to write something about that. Also, someone mentioned canals to me and I realised I really ought to do something with canals. So Europe at Dawn is happening, and it’s been a tough one to write. It will be the final Europe book, though. I’m running out of conspiracies.

The first book begins with a dozen of Hungarian mobsters entering a restaurant in Krakow. Do you have experience like this with Hungarians? :)

No! Not at all! All the Hungarians I’ve met have been brilliant and I’d love to visit one day. I’m not sure why I made them Hungarians, particularly – I wrote that bit a very long time ago – but I think what I was trying to do was set out the book’s credentials in the first couple of pages. A bunch of Hungarians come into a restaurant in Poland, owned by an ethnic Silesian, with an Estonian chef. I wanted that sense of a cosmopolitan Continent right from the start, a sense of a whole wide world outside Restauracja Max, rather than just making everyone Polish. And the Hungarians do come over to the side of the angels by the end of Autumn, sort of…

Speaking of Hungary: in the books this country seems pretty intact. Are there any particular cause for this? How did you create the map of this new Europe?

I’ve pretty much been making it up as I go along, when the story needs it. There is a chapter in Winter set in Hungary, but for some reason I didn’t put any micronations in there. I’m still writing Dawn, though, so you never know! 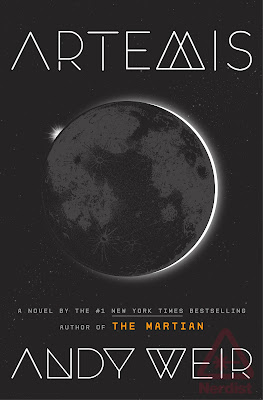